The David Lynch Foundation celebrates four extraordinary women of
vision who are transforming lives through their wisdom, conviction,
compassion, and life experiences—and through their help to bring
Transcendental Meditation to vulnerable adults and children. 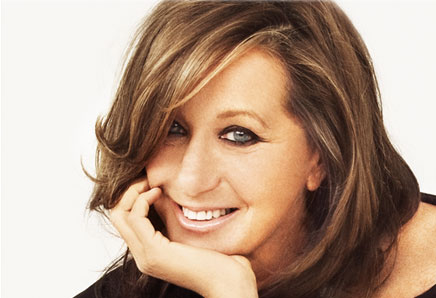 Donna Karan’s desire to address people, not just dress them, led her to establish the Urban Zen Foundation in 2007. This lifelong traveler and yogi, mother and grandmother is dedicated to adding the missing link—mind, body and spirit—to healthcare and education, while preserving the wisdom of ancient culture. Donna works with established organizations such as the Clinton Foundation, Grief and Nomad Two Worlds. The Clinton Global Initiative was Karan’s inspiration for Urban Zen: to bring like-minded people together in a place and space—the Urban Zen Center—to effect change through collaboration and creativity. Inspired by the illness of her husband Stephan Weiss, as well as close friends suffering with disease, Donna founded the groundbreaking Urban Zen Integrative Therapy (UZIT) Program, which integrates eastern healing modalities with western science. The Program has partnerships with UCLA, Beth Israel Medical Center, Kent State University and YogaWorks. For Donna, Haiti is where Urban Zen’s health, education and culture initiatives come together. Alongside The Clinton Global Initiative, Karan helps develop and support sustainable opportunities as part of the foundation’s Haiti Artisan Project. Donna works directly with artisans to elevate design, provide vocational education and job creation, and raise awareness of the global market as part of her Philanthropic and Commerce model for the Soulful Economy mission.

Deborra-lee Furness is an internationally acclaimed actress as well as a passionate advocate for vulnerable and abandoned children. A graduate of the American Academy of Dramatic Arts in New York, Deborra-lee has won many awards including Best Actress awards from the highly regarded Film Critics Circle of Australia, the Variety Award and Best Actress at Seattle International Film Festival for the movie Shame. She received a Best Actress Award at the San Sebastian International Film Festival (Spain) for her role in Waiting. Deborra-lee has appeared in many movies and worked extensively in television and on stage. She was nominated by the Australian Film Institute for her Guest Starring role in Sea Change, and for Best Supporting Actress in the Ray Lawrence-directed Jindabyne. She won the Film Critics Circle Award Of Australia a second time for her portrayal of Jude in Jindabyne. Deborra-lee starred in the television series Correlli, where she met her future husband, Hugh Jackman.

Deborra-lee’s humanitarian work for children is a driving force in her life. She is founder of National Adoption Awareness Week in Australia, and founder of Adopt Change, a not-for-profit organization which works toward providing safety, nurture, stability and permanence for vulnerable children. Deborra-lee is the co-founder of Hopeland, a platform that has been established to raise awareness around vulnerable and abandoned children. The foundation brings this issue front and centre on the political and human rights agendas globally.

For her advocacy work, Deborra-lee has been honored by World Wide Orphans in New York and The Joint Council USA. In 2013, Deborra-lee was given the prestigious award of Angel In Adoption by the Congressional Coalition on Adoption in Washington, DC. Deborra-lee and her husband Hugh were honored by the Harlem Village Academies for their philanthropy work in 2012. 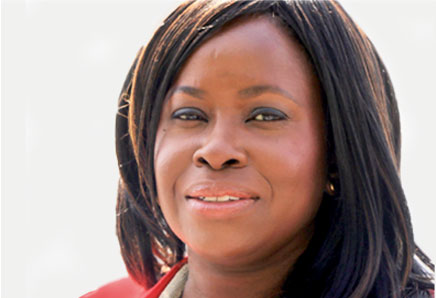 Lisa Beatha served in the U.S. Army during the Gulf War era and trained as a 91 Alpha (Army Medic) at Fort Sam Houston in Texas. Lisa is the Director of Veterans Affairs at the City University of New York where her responsibilities include supporting and fostering change for the 3,000 veterans enrolled in CUNY and facilitating the transition of veterans from the military to academia. She has been charged with advancing CUNY’s commitment to student veteran access and success in their post-deployment education and careers. To do this, she promotes collaboration and partnerships within and across campuses, as well as between CUNY and community partners. In this way, she hopes to increase awareness and sensitivity to veterans’ unique needs.

In her role as the University Director of Veterans Affairs, Lisa manages University-wide activities to help veterans transition from the military to academic life. Much of this work is accomplished through her leadership of CUNY’s Council on Veterans Affairs, which conducts targeted outreach and assessment of veteran needs and resources across CUNY. She is particularly passionate about the issues veterans face, including academic equity for military credentials, postgraduate success of veterans and the enhancement of programs and services for CUNY’s veterans, National Guard, Reservists, and military family members. 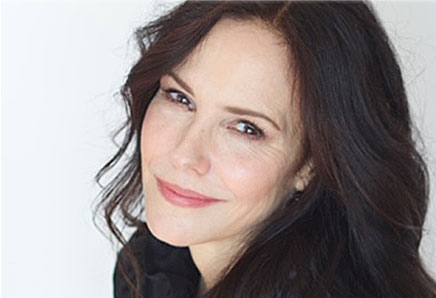 Broadway and Off Broadway: The Sound Inside, Prelude to A Kiss, Proof, How I Learned To Drive, Heisenberg, The Snow Geese, Reckless, Hedda Gabler, Four Dogs And A Bone, and more.

Television: Angels in America, The West Wing, Weeds, When We Rise, Mr. Mercedes, Billions, Sugartime, The Robber Bride, Saint Maybe, A Place for Annie, and more

Mary-Louise is a recipient of the Tony award, the Emmy, two Golden Globes, the Satellite Award, two Obies and two Lucille Lortel Awards, as well as the Drama Desk, Outer Critics, and Drama League Awards, the Clarence Derwent, and Theatre World Awards, and more

She was an on-staff contributor to Esquire magazine for over a decade, and her writing has appeared in The New York Times, O magazine, Bullett, Bust, The Riveter, In Style, Hemispheres, and others. Her first book Dear Mr. You was published in November 2015 and translated into five languages.